Turn your screen off with a launcher button

In this post, I am going to tell you about an app which claims to perform a rather simple task. It turns your phone’s screen off without pressing the power button. It provides you a launcher icon which you can place anywhere in your launcher (I would recommend to place it on home screen). You can click that icon to turn off the screen. Simple.. It contains some other features also which we will be discussing later in this post.
First let’s talk why you need such an app. The answer is to save your power button. Using this, you can turn your screen off by tapping on a screen instead of pressing a hardware button. It is easy to click on the screen than to press a hardware button (At least for me).
The app is called Screen Off and Lock. 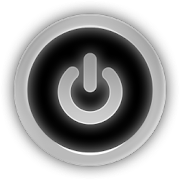 When you install the application, you get two icons in your apps drawer.

The “Screen Off” button (On the right) can be clicked to turn off the screen. However for the first time, you will have to provide administrator privileges to the app.

The settings icon_actually called “Screen Off and..” is used to enter the settings menu. In the settings, you find the following options:

How to connect admob to firebase?

I am Hafiz Muhammad Umer, the person behind Umer Softwares. You will mostly find me coding and designing circuits. When I get tired of that, I learn new things and write about software and electronics.